Kordell and Porsha Stewart may be over and going through a divorce, but despite all the tough talk the retired football player was doing in the early stages of their split, it’s pretty clear he now regrets his decision. In fact, Kordell even recently announced to followers on his Instagram account that he wanted to attempt to work things out with Porsha and he was considering taking her on a lavish vacation, so they could talk their issues out and try to stay together. Unfortunately for Kordell, Porsha just wasn’t interested in reconciling and took the steps necessary to move froward with the divorce he filed behind her back. When asked if she thinks there could be a reconciliation, she tells Hollywood Life:

“You know, I really don’t have the space in my mind to consider that right now. I’m in the middle of a divorce, so reconciliation is not at the top of my list. So, that’s not something I’m thinking about.”

Things also started to look bleak when it comes to possibly working out their issues when Porsha started saying in interviews that she now feels Kordell doesn’t deserve her and she could do better.

Perhaps Kordell got the message loud and clear that things are over for good because he eventually deleted all the photos he posted in reminiscence of his marriage. And recently on his Twitter account, he even agreed with a follower who expressed they believed it was a cowardly move for him to file for divorce instead of just working out his issues with Porsha in the first place (read the tweets from top to bottom): 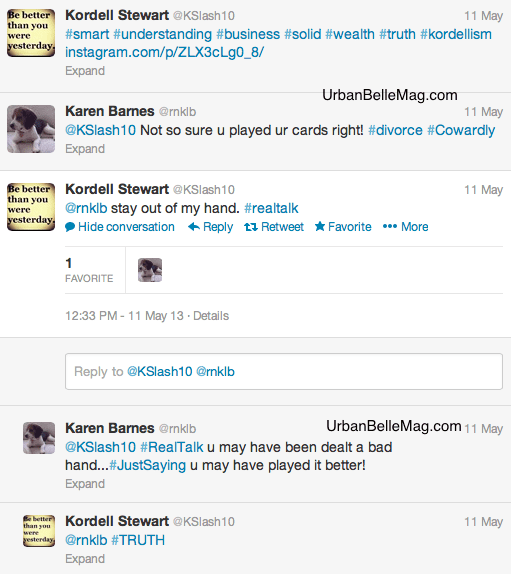 RHOA Producers Have No Desire to Bring Back Porsha Williams for Season 15?