Although Chris Brown’s first week album projections aren’t anything to be upset about, it appears the R&B singer is annoyed that he has millions of social media followers, but can’t manage to sell a million copies a week.

With Adele owning the charts and possibly securing yet another diamond album with “25,” Chris’ frustration isn’t really surprising.

In a series of tweets, Chris told his followers that he works harder than the rest of his peers and he feels his album sales should be much higher.

Read tweets from bottom to top: 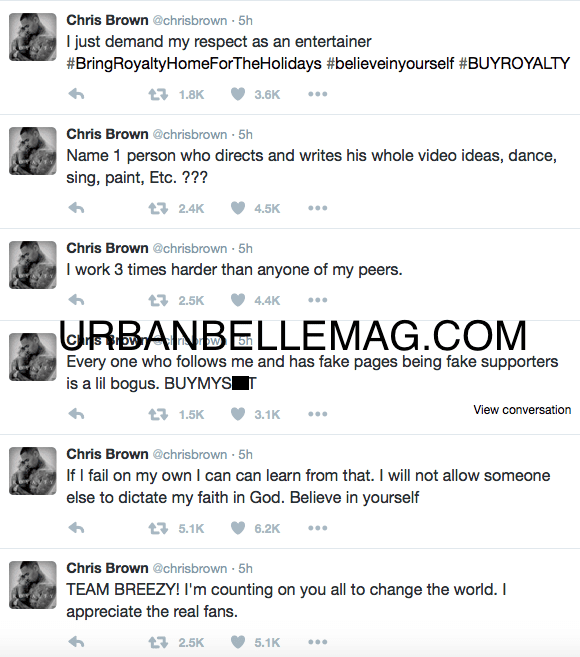