As many viewers of “Love and Hip Hop: Hollywood” know,  Moniece Slaughter gets really angry when someone talks about her parenting. It’s also the source of beef between her and Princess Love. But some viewers and fans who saw the season 5 trailer last night feel that Moniece crossed the line trying to attack a pregnant Princess Love.

So, after the trailer was released, Moniece felt the need to explain herself.

In posts to her Instagram story, Moniece did just that. Moniece explained that Princess “asked for the scene.” Princess also keeps speaking negatively about Moniece and her parenting abilities, something that has been going on since season 2, according to Moniece.

When Princess said something once again about Moniece’s parenting to her face, again, it sent Moniece over the edge. According to Moniece, she wasn’t going to touch Princess’ belly holding her baby. She just wanted to hit her face.

Next, Moniece posted screenshots of comments on Instagram in her favor. The comments agree with Moniece about Princess speaking ill of Moniece’s parenting and deserving to be hit for it. One commentator said Princess took things too far.

Lastly, Moniece says everything will be fine, if Princess would just apologize for bashing her parenting. It’s interesting to note that throughout their beef, and specifically during Princess’ pregnancy, Moniece talked trash of her own.

Moniece also said Princess could just square up with her. She’d be okay with that as well.

Even before Princess got pregnant, Moniece took shots at Princess’ and Ray-J’s fertility struggles. She also brought Brandy into it, making fun of her weight gain by saying Brandy was Princess’ surrogate.

Check out Moniece’s full explanation below. 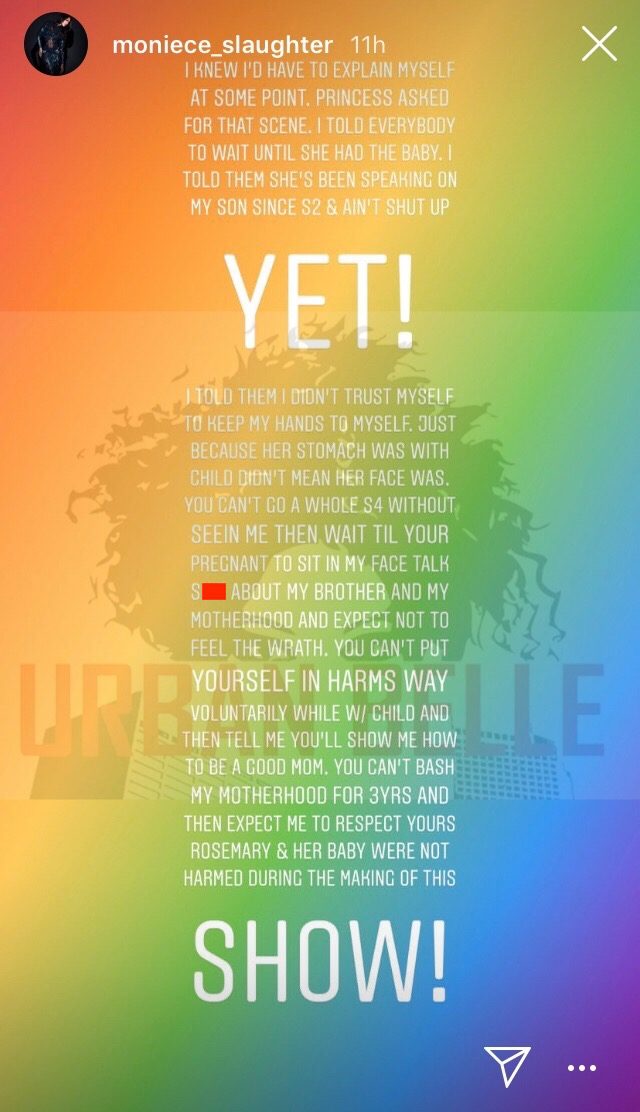 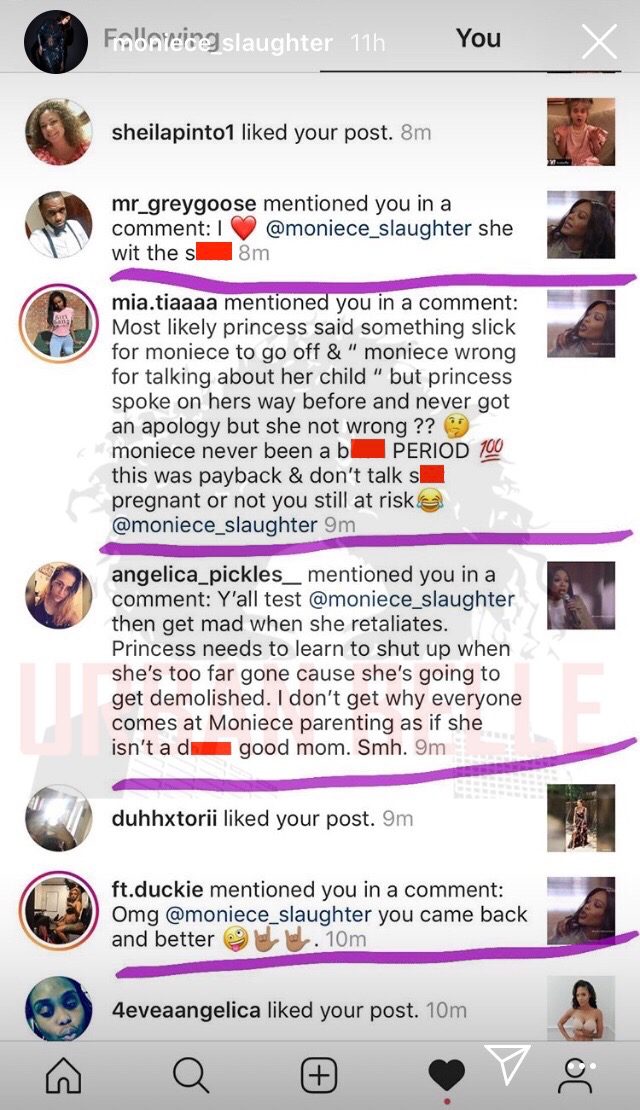 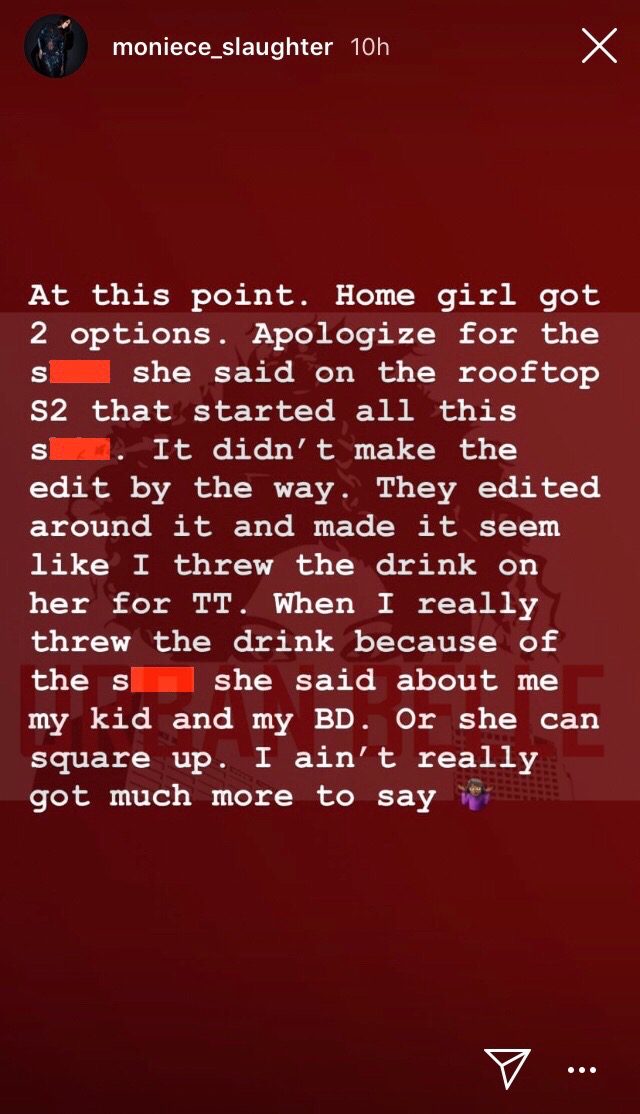 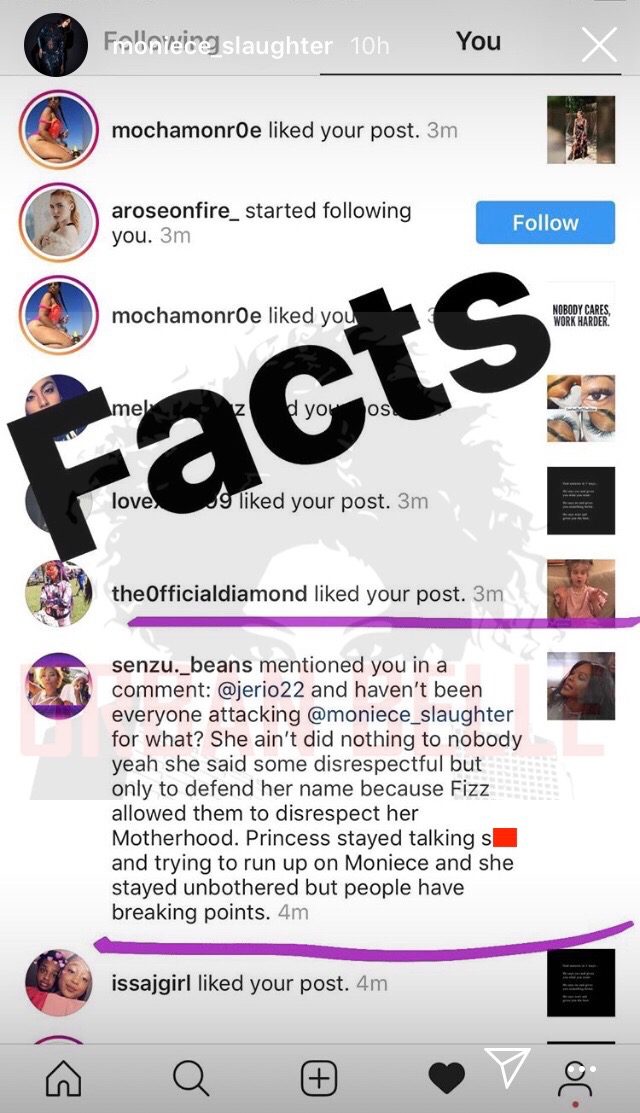