The first season of “Married To Medicine” caught a lot of people’s attention. That’s because Mariah Huq and Toya Bush-Harris got into an altercation at a fancy party. At the time, a lot of viewers couldn’t believe the two doctors’ wives would brawl on television. And Mariah’s mother Lucy hit Toya with her purse. Since then, Mariah and Toya have patched things up. And Miss Lucy has become a favorite target of Dr. Heavenly Kimes.

Mariah feels like her mother should be off-limits. Regardless, Heavenly seemingly has no plans to back down. And a retweet about Toya and Mariah’s scuffle got Heavenly’s attention. Especially since the Twitter user went in on Miss Lucy. Check out the screenshot below. 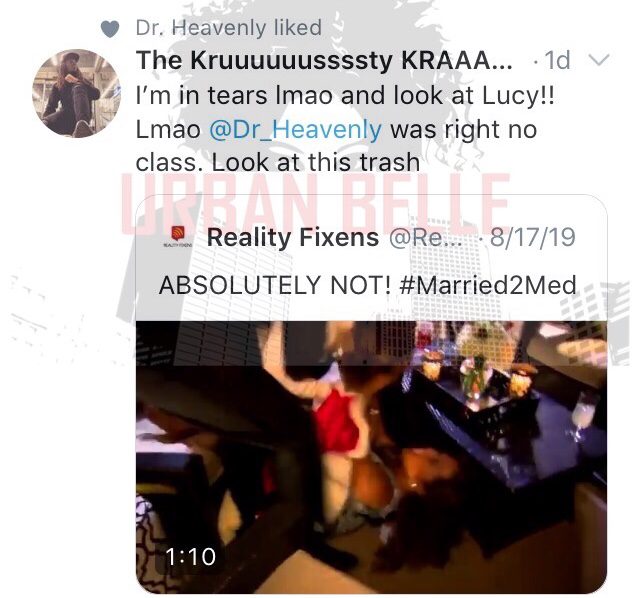