Mariah Huq is not in a good place with Dr. Jackie Walters. She didn’t like that Jackie repeated the drug accusations made by Quad Webb-Lunceford on the “Open And Honest” podcast. Mariah feels like Jackie said the accusations as if they were factual. And she believes Jackie did this intentionally.

Jackie denies this. And she said she was merely repeating what was said or what “had already been done.” But Mariah doesn’t buy this. She confronted Jackie on the show. Mariah also had some things to say on social media as well.

She wants something to be done. Check out the screenshots below. 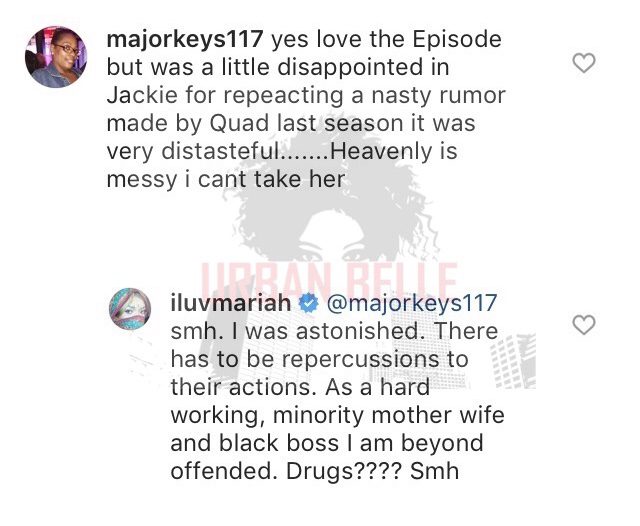 You can check out Mariah confronting Jackie on the show below.