Kenya Moore and Kim Zolciak are at it again.

It’s been confirmed both will have a nasty ongoing feud on season ten of “Real Housewives of Atlanta,” and things almost got physical after Kenya threw some verbal jabs at Kim’s parenting.

Kim would later get on social media and tell followers that Kenya got the boot from the show, but now Kenya is claiming that Kim isn’t telling the truth and she’s still very much on the hit reality show. 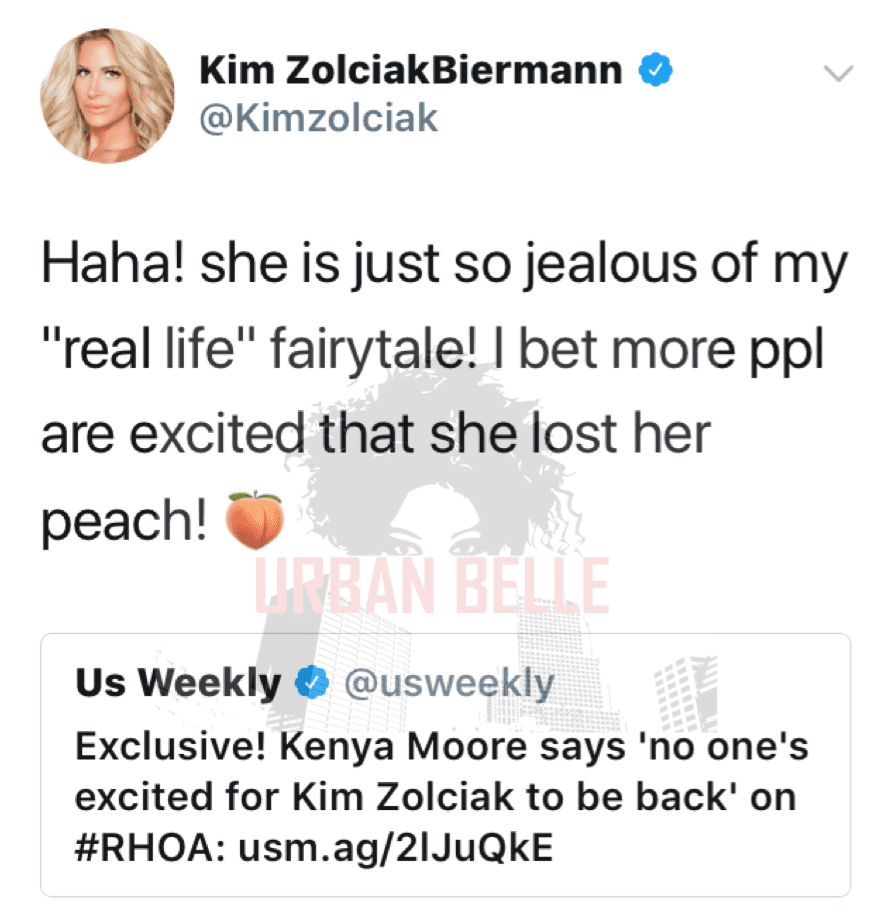 As for the rest of the housewives, Kenya recently told US Weekly that no one was excited about Kim returning to the show in a part time capacity:

“The truth is, no one is excited for Kim to be back on the show,” says Moore, 46, explaining that before last season, she had no problem with Zolciak.