The two RHOA stars have been on bad terms since last season.

They actually clashed at Sheree Whitfield’s housewarming party, and it’s been pretty nasty between them ever since.

Kim doesn’t believe Kenya is actually married, and Kenya isn’t going to let her get away with coming after her marriage.

On the latest episode, both took verbal jabs, with Kenya even making some controversial remarks about Kim’s daughter Brielle.

So it’s no surprise things spilled over to Twitter: 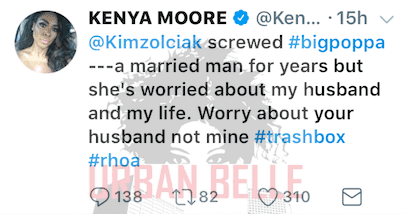 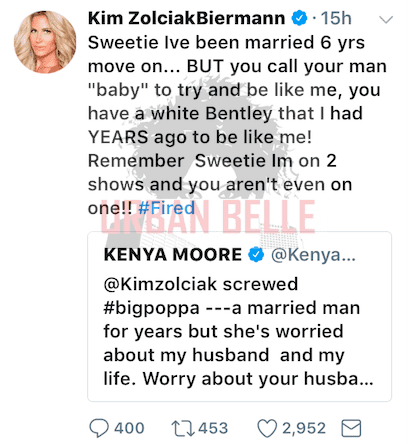 After some of Kim’s supporters and fans of the show accused Kenya of crossing the line with her shady comments about Brielle, Kenya didn’t back down: 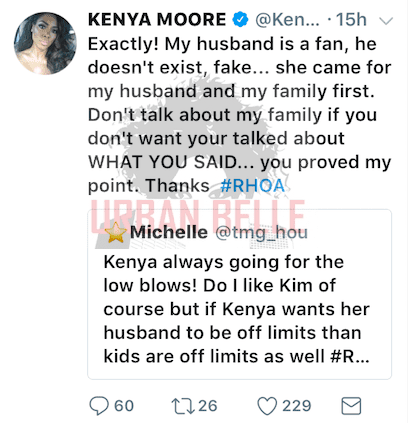