Well, it looks as if Eva Marcille and Porsha Williams are about to go down the “wrong road.” Bravo released a preview for the upcoming episode. In the clip, Cynthia Bailey tells Eva Marcille that Kenya Moore feels insulted. Apparently, Kenya doesn’t like the fact that Eva didn’t bring her kids to Brookyn’s party. And she chose not to because Eva says she doesn’t know Kenya that well. In response to this, Eva said, “I don’t know Kenya’s middle name, don’t know Kenya’s real eye color. I don’t know that lady.”

Eva also didn’t hold back in her green screen interview. About Kenya, she said, “I said I don’t want to bring my kids around because I don’t know Kenya. Period. And I’m saying it now, I’d say it again and I’d say it later.”

While discussing this with Kandi Burruss and Cynthia, Eva took another shot at Kenya and said, “Did you ask her where her husband was?”

Cynthia said that Kenya can be a bit dramatic at times. But Kandi stressed that Kenya was upset because of how she was told. And Porsha was the one who told Kenya. This is when Eva decided to go in on Porsha. Eva said, “Porsha just had a baby. And I tiptoed around her whole little feelings. Come on now. B*tch if you want me to go off…Porsha has enough bullsh*t going on in her life. She can converse about that.”

At this point, Cynthia tried to calm Eva down. But Eva wasn’t done and said, “She needs some business. And I can float her a lot of these blogs so she can mind that business. Porsha may want to stay all the way up out of my business. She still got her C section healing and she over here worried about somebody else’s babies.”

Check out the video below. 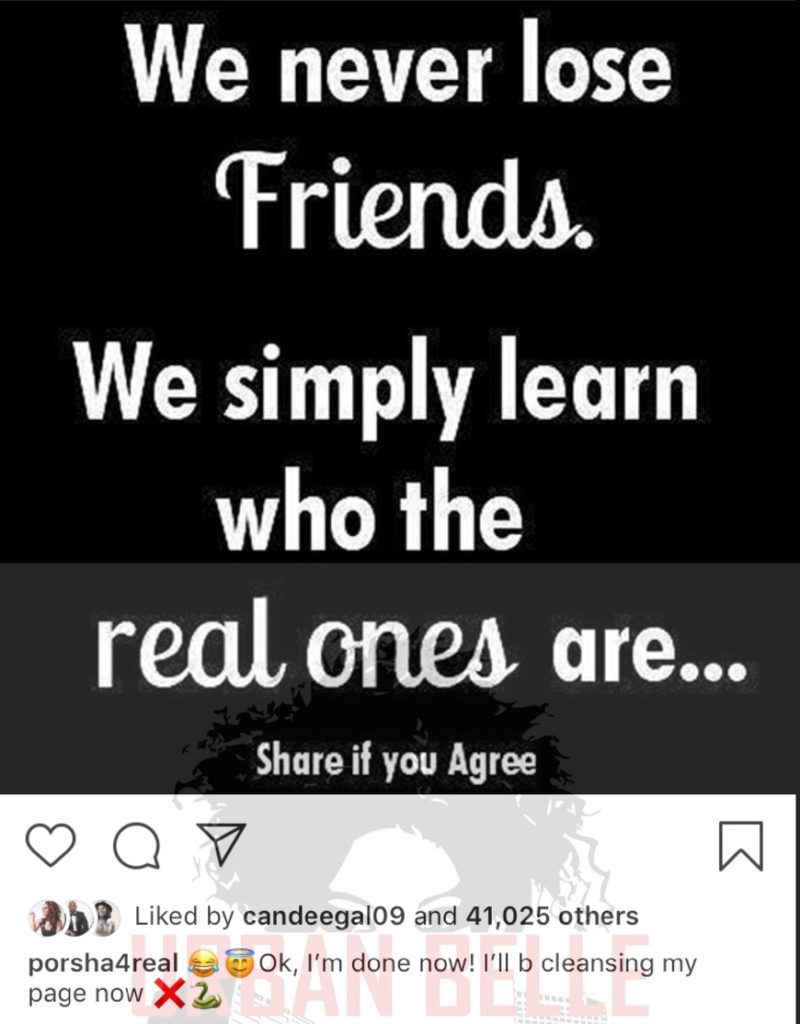 Porsha also posted the clip and told followers to remember what was said. She has since deleted that post.