Megan Thee Stallion has been in the headlines plenty as of late. This is due to the fact that she confirmed she was shot in the foot while she was with Tory Lanez. While Megan never revealed who shot her, she did say that the crime was intentional. And she was the target. So at this point, she just wants to focus on being mindful about who’s around her.

As Megan refrains from revealing her shooter to the public, the rumors continue to run rampant. It’s now been alleged that Tory was the one who allegedly shot Meg. He was arrested for a felony gun charge. And police have now confirmed that Megan was actually a victim in the incident.

The reactions on social media have been interesting. Many have shown support to Megan. They understand how serious the crime was. Others have taken to social media to crack jokes and post memes about it.

50 Cent received a lot of backlash because he continues to mock both Megan and Tory as more details continue to be released.

Megan is tired of this. So she wrote the following on Twitter, “Black women are so unprotected & we hold so many things in to protect the feelings of others w/o considering our own. It might be funny to y’all on the internet and just another messy topic for you to talk about but this is my real life and I’m real life hurt and traumatized.”

Walt had something to say to black men.

He addressed this in a now-deleted Instagram post. He posted a tweet of his which read, “Y’all really laughing at a black woman getting shot? Because she’s a celebrity it’s funny? Please make it make sense.”

Walt had more to say in his caption. He wrote, “All this sh*t we been going through for the last 4 months or so and y’all laughing? I guess cause she survived or whatever huh? Even as a comedian, I had to check myself on this and made sure I didn’t fall for the bull.”

And he had something to say to black men, “Black Man, Black Man. THIS is why our Black Women don’t have any faith in us now. IDK what exactly happened but whoever shot her is a coward and needs to be in jail. Y’all be so fake with the cause. It’s disgusting. I f*cking hate it here I swear.” 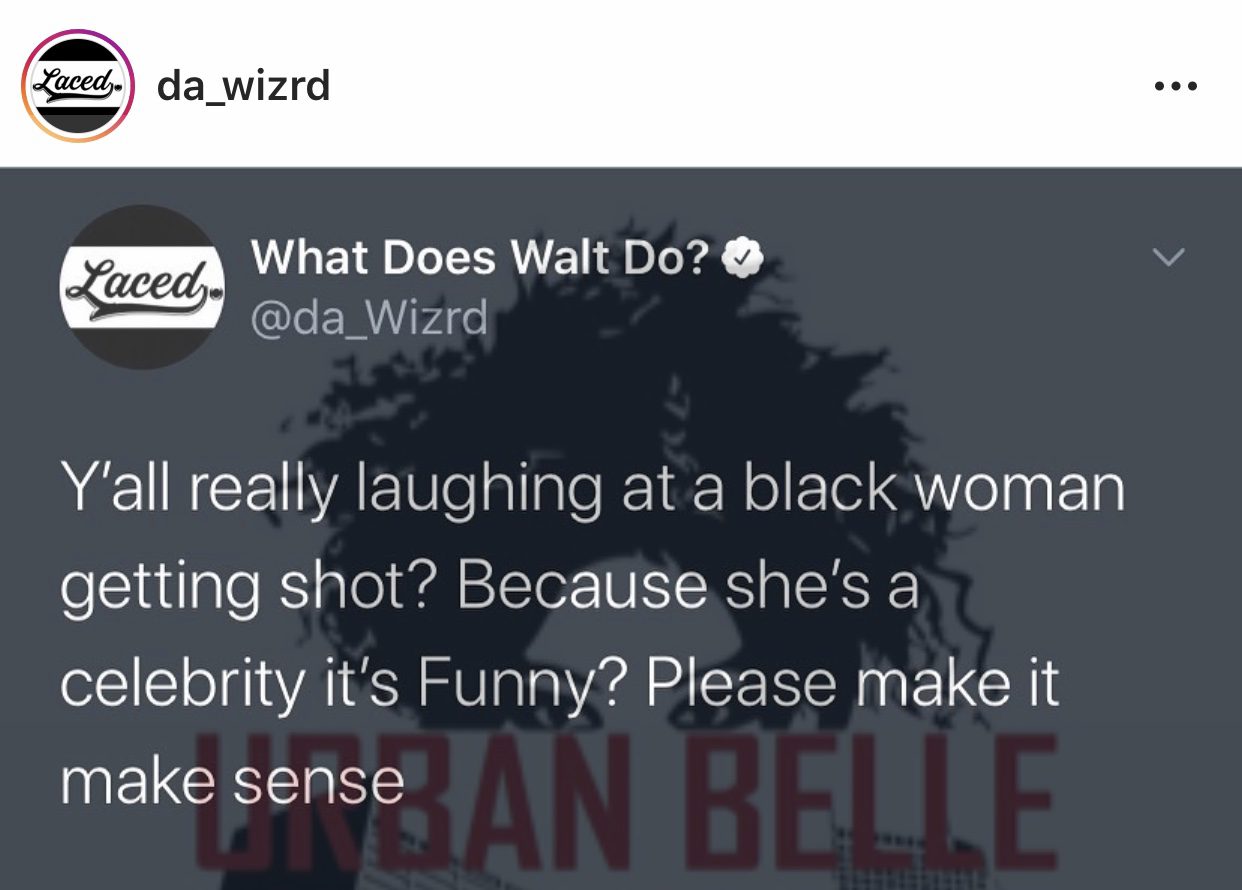 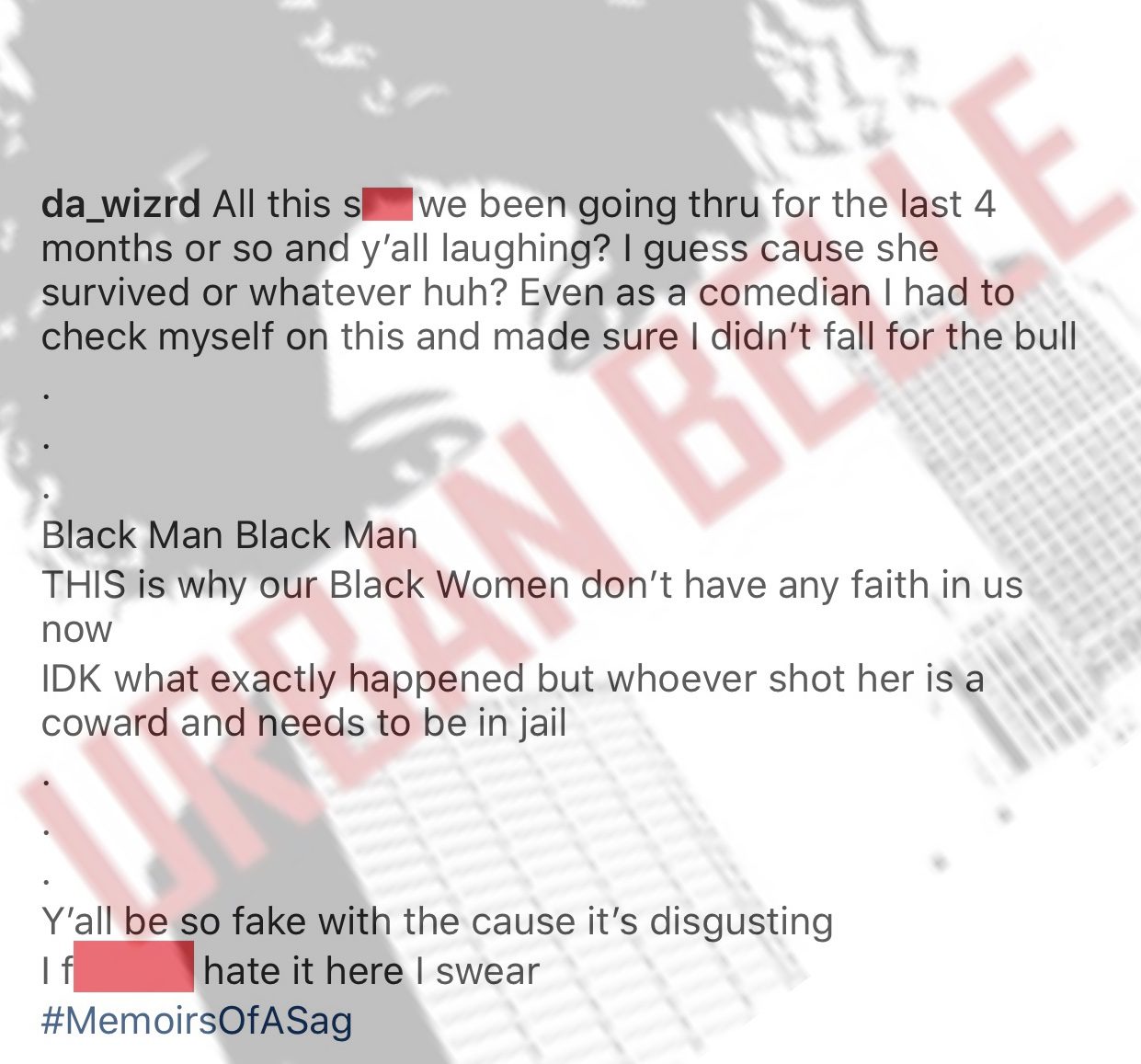