Ceaser recently opened up about his current girlfriend.

“Black Ink Crew” star Ceaser knows ups and downs when it comes to relationships. However, it seems as if things are going really well these days. Months ago, his baby momma Crystal claimed that Cease has a girlfriend who was not on the show. So Miss Kitty wasn’t someone Crystal felt she needed to get along with anyway.

Interestingly enough, Cease has since confirmed the relationship on social media. He’s in a serious relationship with a realtor named Suzette.

And recently, Suzette confirmed on Instagram that they just bought a house together.

Suzette opens up about the home buying process.

In the post’s caption, Suzette wrote, “Bought our first home together ?? Fellas ! It’s ok to let your lady lead ??Whewwww where do I start ? For one,the fact that I’m on the other side of the transaction as BOTH buyer AND agent is a blessing ????This has been an emotional roller Coaster ride. let me say being on the other side of the transaction was h*ll at first ?  when I got with my boyfriend he had NO credit! ? ? ? ? ?”

She added, “We all know that NO credit is just as bad as BADcredit. He had credit repair done in the past and they wiped Him completely clean. I was like oh hel nah u can’t be dating ME! ms credit specialist with bad credit ima get you together ! He also never really thought about home ownership. I drilled the importance of both in his head everyday and started showing him houses. He was like whattttt ? You know he only use to that New York scenery ? ”

Suzette also revealed that she helped Cease get his credit score from a 0 to a 780. And two months later, they closed on their home.

She also said the house will be the beginning of them building their wealth together, “We now have the space we need for ourselves and our daughters and more importantly we’re giving our daughters a structured two parent home while we build generational wealth ! Thank you baby for trusting me to get it done on ALL ends but also thank you for allowing me to LEAD ; something some men are afraid to do! You gave me the green light to do what I deemed fit to better our lives as one ! Never would I have thought I would be able to say I’m a homeowner with someone I’m building with God is amazing ??????” 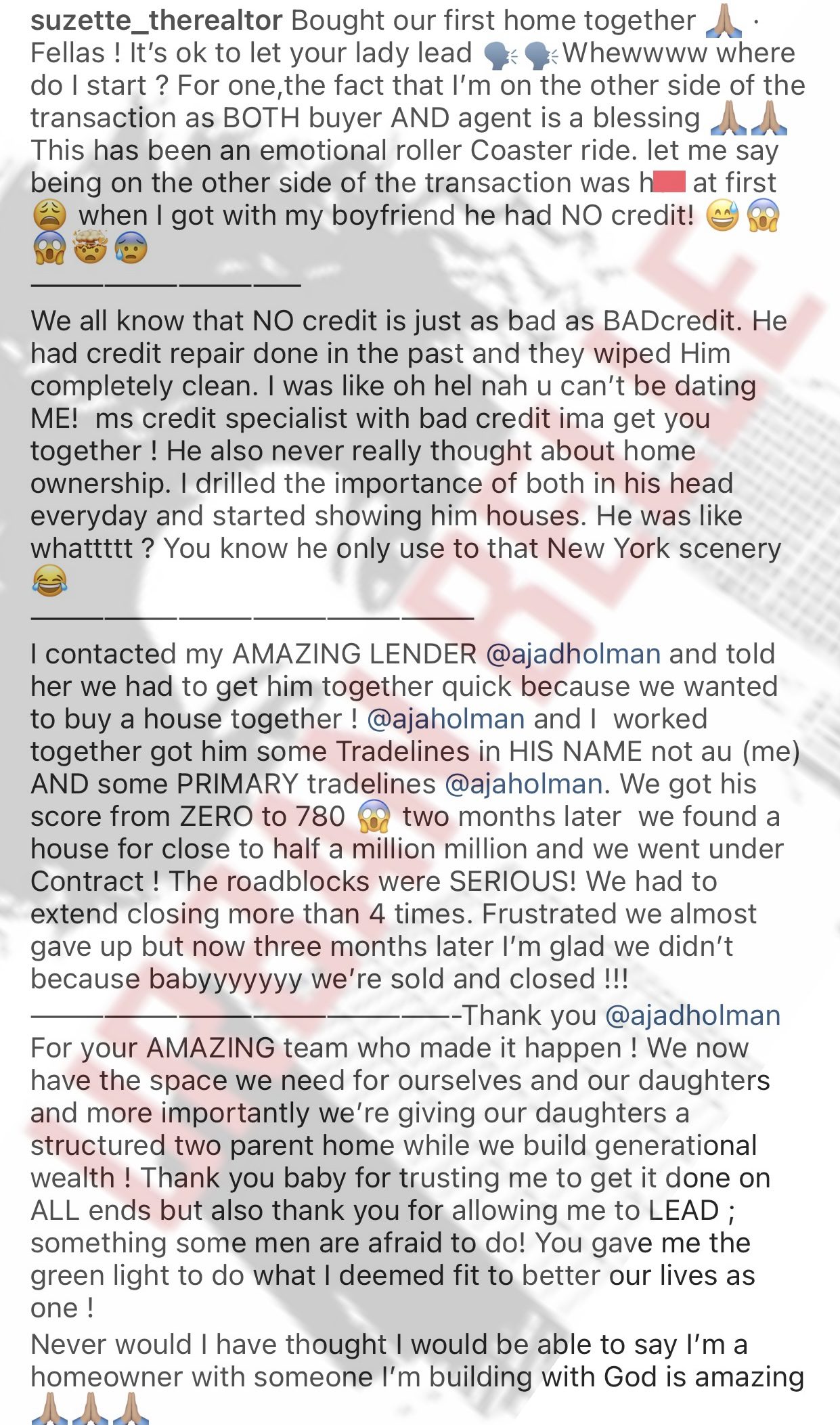 Ceaser opened up about the major accomplishment on his Instagram page. He wrote, “It feels good to Move my Daughter out the HOOD into a BIG a*s house. Now it time to show her a DIFFERENT LIFE ?  Thanks @suzette_therealtor for helping me LEARN THIS CREDIT GAME & Finding this DOPE A*S PROPERTY for our family ❤️ ”