Porsha Williams responded to doubts about her All-Star status.

Some fans believe Porsha Williams had a memorable run on “Real Housewives of Atlanta.” She was certainly no stranger to controversy and feuds. However, her engagement is her latest controversy. It was rumored she decided to leave RHOA because she didn’t want to deal with any negativity surrounding her relationship with Simon Guobadia. However, she certainly isn’t running from it on her spinoff, “Porsha’s Family Matters.” In fact, her family has been very critical. Fans will watch it unfold on the show.

In the meantime, Porsha came up while the “Real Housewives Ultimate Girls Trip” cast appeared on “Watch What Happens Live.” Before the show received an official title, it was labeled as the All-Stars show.

RHOA stars Kenya Moore and Cynthia Bailey joined Ramona Singer, Luann de Lesseps, Teresa Giudice, Melissa Gorga, and Kyle Richards for the show’s first season. Andy decided to ask the cast who they felt were All-Stars amongst the real housewives. When Porsha’s name came up, only Cynthia and Kyle said she was an All-Star. When Sheree Whitfield’s name came up, only Cynthia agreed Sheree is an All-Star.

The cast of @peacockTV‘s #RHUGT dish on which Real Housewives are ALL STARS!

Well, the video went viral on social media. Porsha’s sister Lauren Williams responded to it with laughing emojis on her Instagram Story. 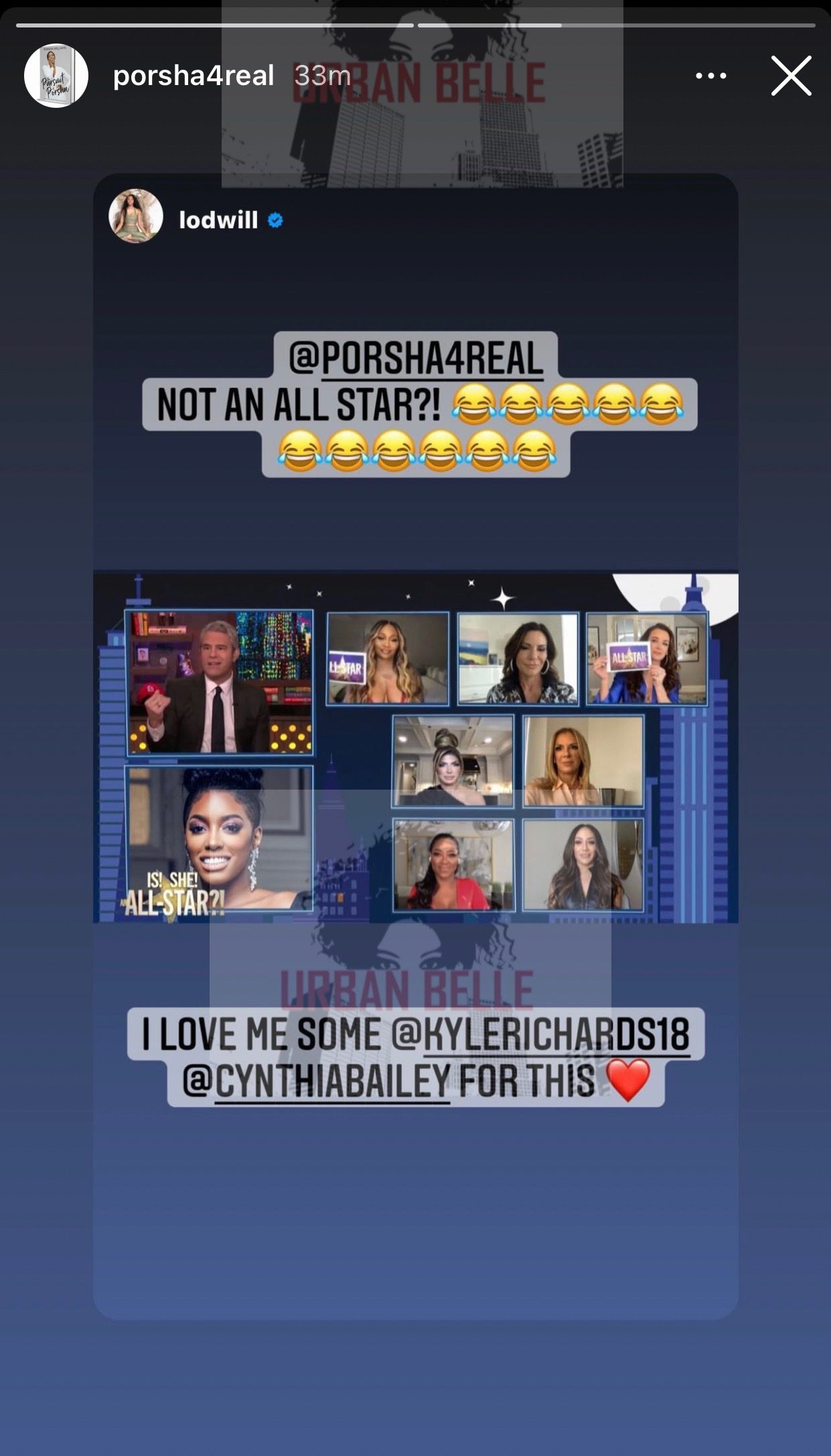 Porsha thanked Cynthia and Kyle for their support. And she said more on Twitter.

She wrote, “This is so cute being that I was originally cast to head the all star show along with Gizelle. Traveling during quarantine was our issue. Booked & busy when it came back around! Watch #PorshasFamilyMatters Nov. 28th & grab my book #PursuitOfPorsha! S/O Cynthia & Kyle ? ” 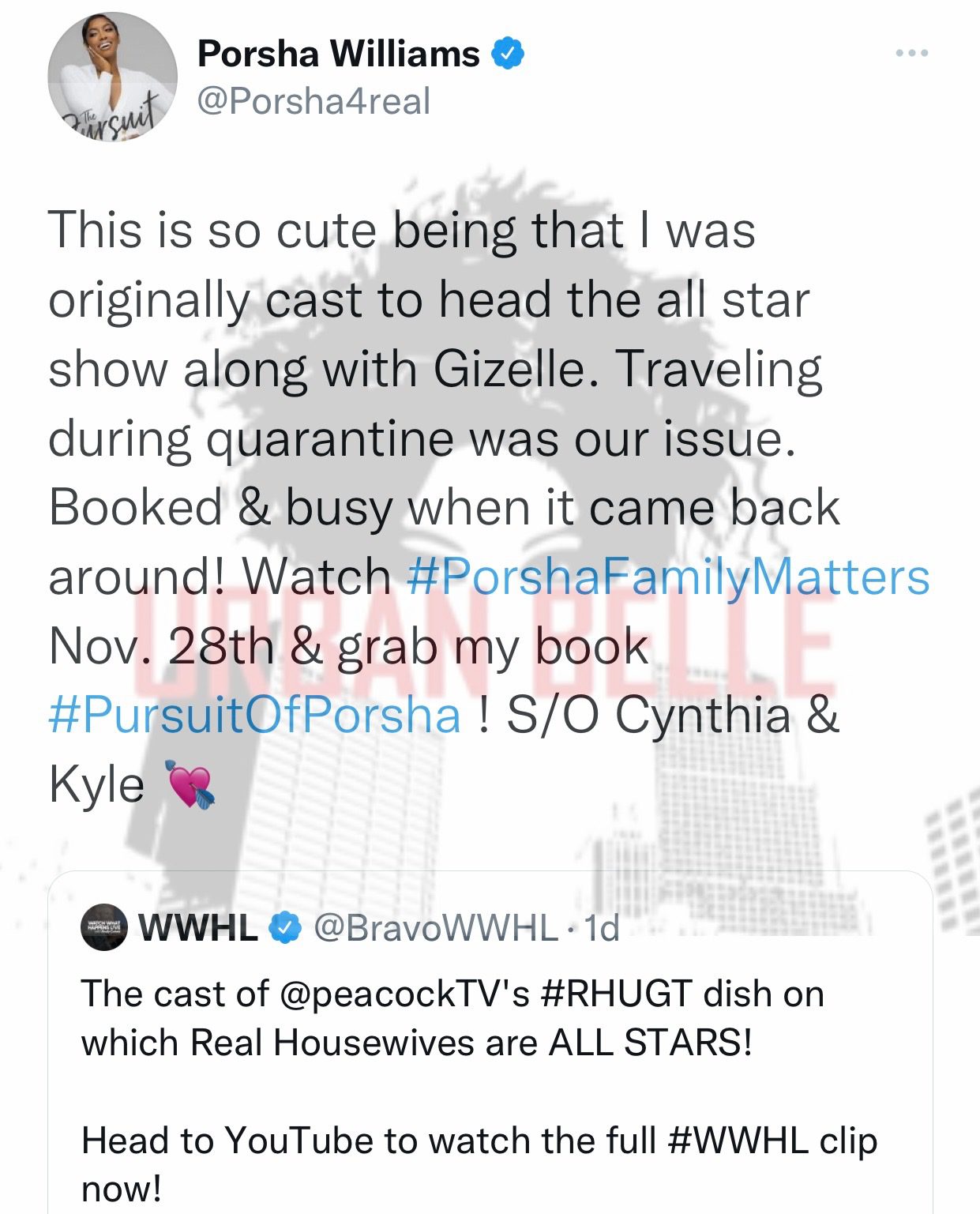