Egypt Criss and Sam are apparently tired of the social media commentary from this past season of “Growing Up Hip Hop.”

On the current season of GUHH that just ended, Egypt introduced us to her boyfriend Sam, a 24 year-old father of two. Sam was living with Egypt in an apartment Pepa paid for.

The season ended with Egypt apparently frustrated with Pepa not liking Sam’s desire to inject input in Egypt’s career. As a result, Pepa foiled an attempt between Egypt and Sam to elope.

Throughout the season, Egypt and Sam were on the receiving end of negative comments on social media due to their story line.

On a post promoting the GUHH Season 4 finale, a follower called out Sam on Egypt’s post. The follower said Egypt’s being used by sam, which is a central perception of their storyline. Sam saw the post and replied.

Sam told the follower Pepa loves him. In fact, showcasing hate towards Sam was apparently the hardest thing Pepa did this season. 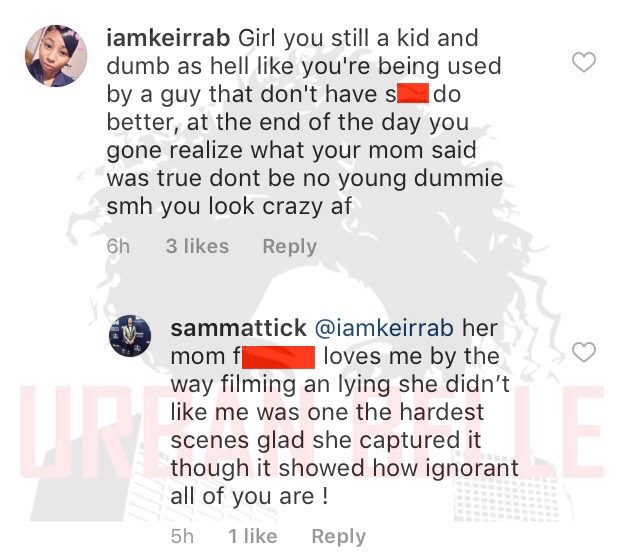