Tiny Harris Claps Back After Serious Accusations Are Made About TI

“Friends & Family Hustle” stars TI and Tiny Harris aren’t strangers to controversy. In fact, the ups and downs of their marriage played out on and off of the show. At one point, it seemed as if the couple was ready to pull the plug on their union. And Tiny had accused TI of not being faithful. Then she herself was accused of messing around with Floyd Mayweather. In fact, Floyd and TI had an altercation.

However, Tiny and TI were able to work out their issues. These days their marriage is stronger than ever. So this is one of the reasons why Tiny isn’t afraid to clap back when someone makes some serious accusations about TI.

Hours ago, a woman, Sabrina Peterson, took to Instagram to accuse TI of pulling a gun out on her.

In the post, she wrote, “The sad part about being a woman & BEING A BLACK WOMAN IS THIS! The public PRAISES OUR PREDATORS! @troubleman you PUT A GUN TO MY HEAD IN FRONT OF CHILDREN & I NEVER CALLED THE POLICE ON YOU! But for years you have painted me as the VILLIAN! AS BLACK WOMEN! It’s hard to heal from RAPE, VIOLENCE OR ANYTHING BECAUSE YOU ARE PAINTED AS THE PROBLEM OR REASON THIS HAPPENED TO YOU! LETS NORMALIZE THE ALLOWING BLACK WOMEN TO HEAL! It’s so hard being THE VICTIM OF RAPE & BEING PAINTED AS THE REASON IT HAPPENED!”

She continued, “LETS TALK! @keishabottoms YOU CANT HAVE A PERSON THAT HAS VICTIMIZED WOMEN SPEAK FOR US! Lets have a real TALK!” 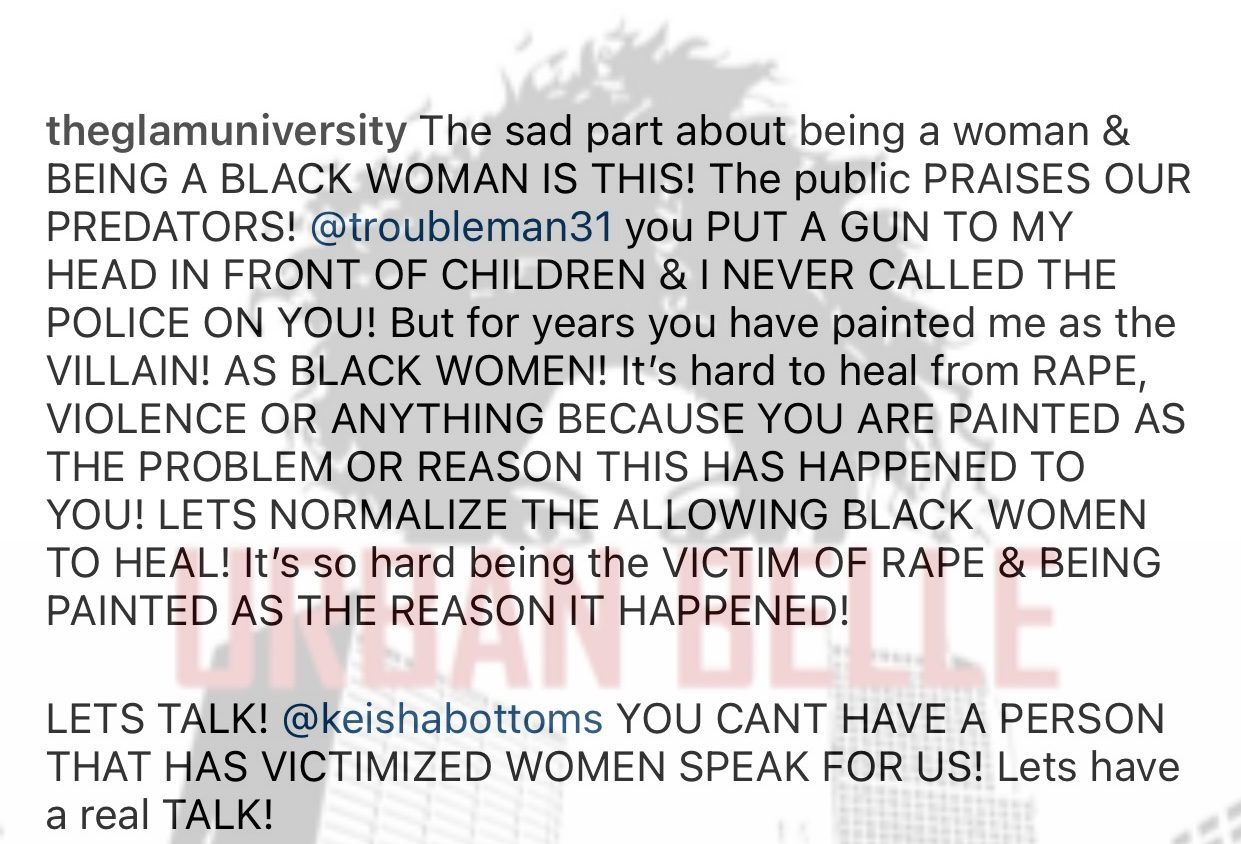 Tiny responded and she didn’t hold back either.