Towanda Braxton has found love after her divorce.

“Braxton Family Values” star Towanda Braxton has met the love of her life. And with her fiancé Sean Hall, she has a happy future. He’s been there to help her navigate through a non-existent co-parenting relationship with her ex-husband Andre Carter. In fact, Towanda has had plenty to say about the situation. She claimed that her ex-husband is bitter about their split. Towanda also feels as if he’s jealous of the great relationship Sean has with their kids. She also alleged that Andre doesn’t talk to their children much anymore since Sean has been in the picture.

Months ago, she told her followers that she lied about Andre to keep people from judging him. And she allegedly supported him financially even when he refused to work.

So with things going great with Sean, Towanda wasn’t entertaining anyone who tried to convince her that working things out with Andre would have been best.

Traci Braxton questioned if Sean Hall was a clout chaser.

While Towanda is very happy in her relationship, the couple has had to deal with some drama. Traci Braxton has been critical of Sean.

One thing she took issue with is Sean and David Adefeso urging the sisters to hash things out. This happened during Tamar Braxton’s birthday festivities in Napa Valley. While the men may have had great intentions, Traci believed they were out of line. She also said that Sean didn’t know enough of the family’s history to get involved.

And on the current season, Traci had a lot more to say about Sean. She said he has been too involved in the sisters’ business. Traci even lashed out at Sean at Trina Braxton’s wedding. When Towanda was asked about this on Twitter, she threw some shade. According to Towanda, Traci was just mad because she has a “real man” unlike Traci.

During an interview, Traci even said that she thinks Sean could be a clout chaser. She accused him of always filming when the family gets together.

Interestingly enough, some fans of the show also think Sean may be looking for clout. One person expressed this opinion on Instagram. And when Towanda spotted the comment, she decided to respond.

She wrote, “Clout chasing? How when he was already in the business?”

The Instagram user continued to express their distrust for Sean and even criticized his actions in one of their videos. In response to this, Sean wrote, “You sound f*cking ridiculous…What you saying ain’t parts of wisdom. I’m not for everyone (especially you) just don’t watch or support what we do, it’s that simple. It’s always you unhappy people that try to project your negativity onto everyone else. If you don’t have nothing nice to say, don’t say nothing at all. Didn’t yo mama teach you that?? 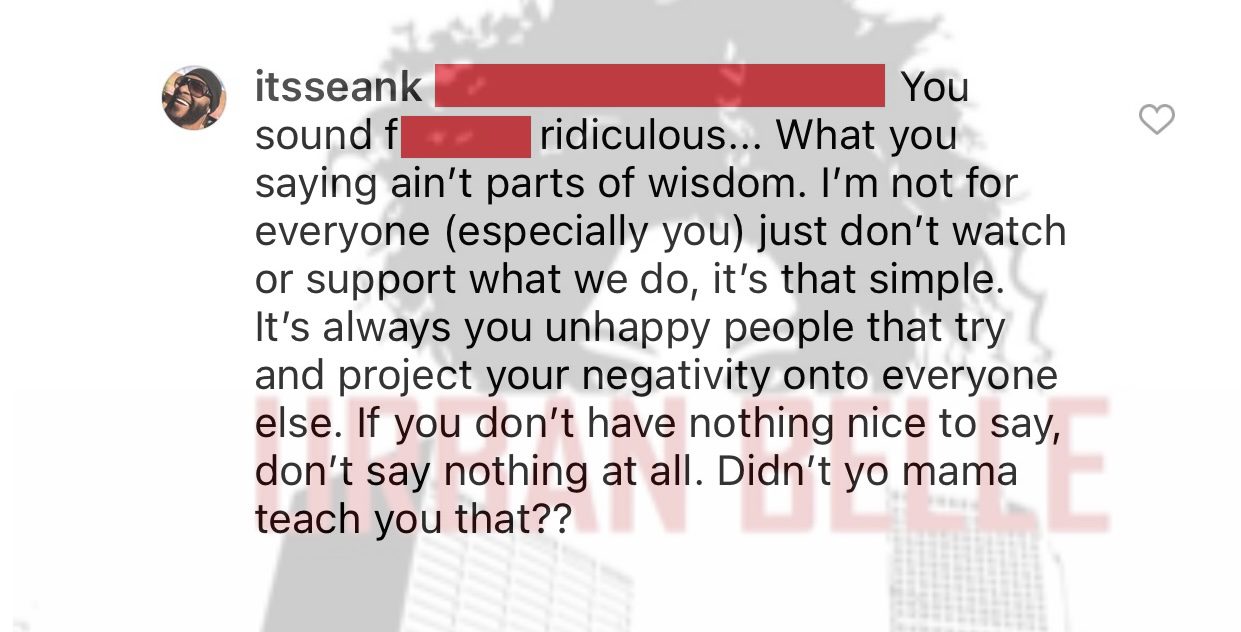