On the recent episode of “Love And Hip Hop Atlanta,” Judy Harris told Momma Dee that Yandy Smith and Mendeecees Harris‘ wedding was fake. She said the couple never made their marriage legal. So she wasn’t sure if the vow renewal ceremony in Dubai would change anything. Regardless, she planned on flying out because Mendeecees invited her. But she’s still not on the best terms with Yandy.

Erica Dixon has been someone Yandy has felt comfortable enough to vent about the situation with.

When Yandy told Erica what Momma Dee told her Judy said, Erica responded with, “Something needs to be said. She just don’t need to bring that energy.” Erica added, “That’s not what nobody on.”

She also said Judy may be blaming her past on Yandy, “I think at the end of the day, number one, she’s still dealing with her past. You didn’t do nothing. She just needs somebody to blame it on. So right now, she’s tryna blame it on you.”

Well, Judy wasn’t feeling Erica’s comments. She had a message for Erica on Instagram. She wrote, “@msericadixon I have no past for you to be discussing. You know nothing about me. You know about your mother. Stay on your mother. And I respect you for being open about your past. You know nothing about me so don’t fall for that. Back in the 80s, a lot of people experienced a lot of stuff, even Yandy’s parents. If she chose to keep that part of her life private, I don’t blame her as we are parents who are now productive.”

She continued, “I think it’s time to empower women…I know people like to be on TV…I’m happy that you and your mother are bonding. And I’m happy that you are a part of that circle and I hope you can stay with that because you know about your circle. What you don’t know is nothing about mines.” 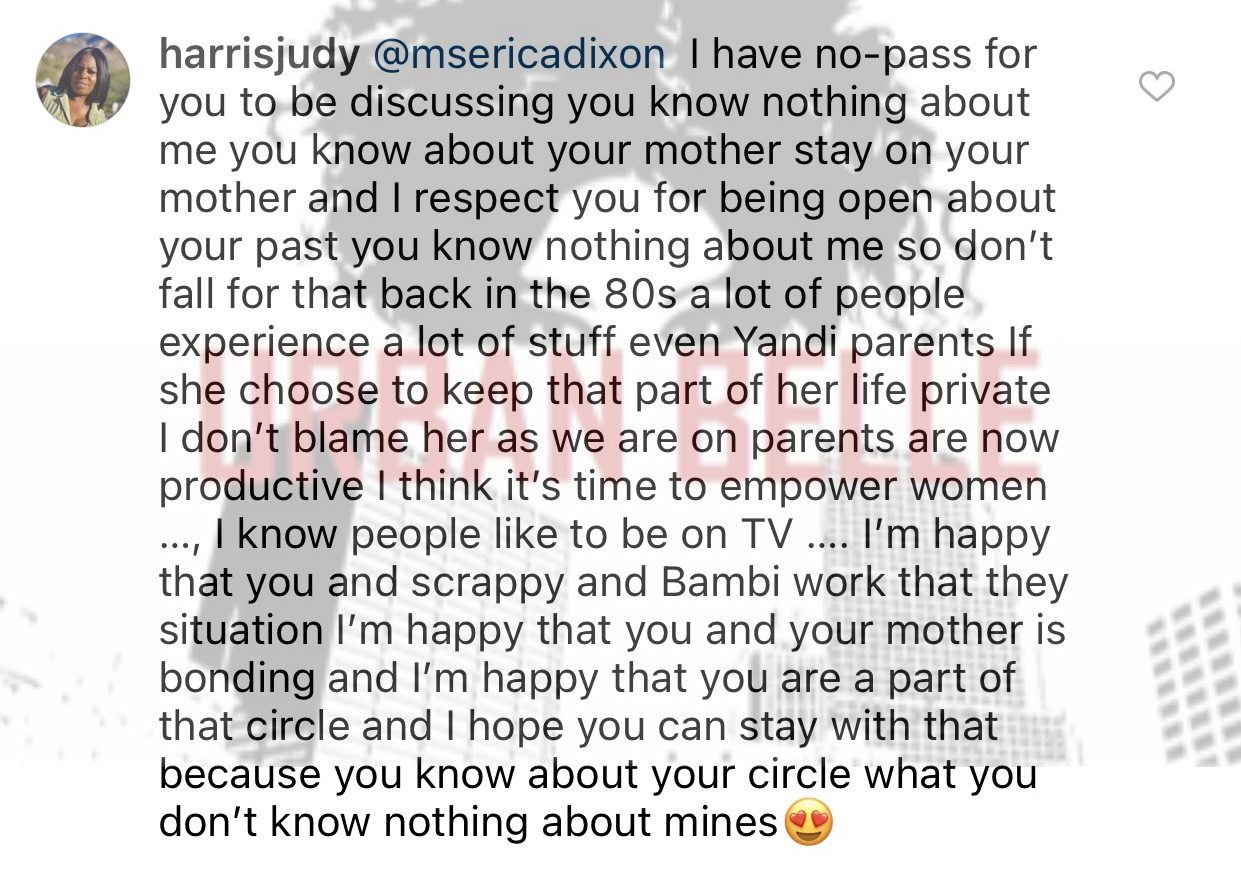